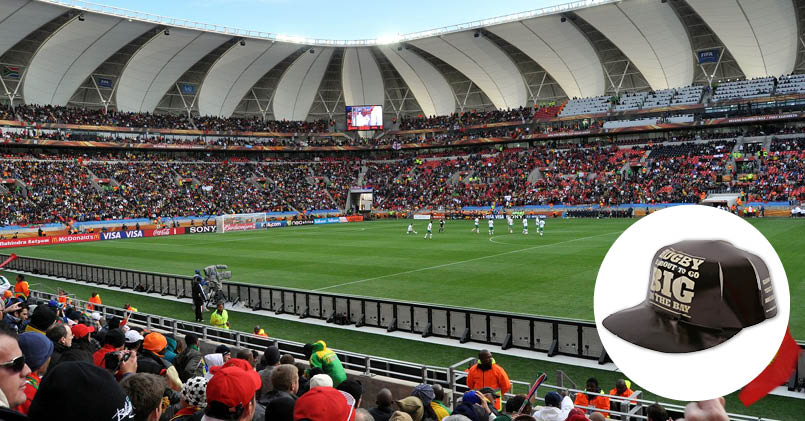 The stadium, using the 2013 slogan “Rugby is going to be BIG in the bay”, were promoting their season tickets and the web address to buy online.

The promoters had half a minute, whilst making up the cap, to let the fan know about what season tickets were available… thus driving the message directly to the fans.

Thousands of fans grabbed the Caps to shield themselves from the sun-exposed stands. They wore them side on, straight and front-to-back… just like real caps.

Liked by the kids, women and men of all ages, the Caps turn a campaign into a walking billboard of information… plus get TV time!

The Cool Cut Cap is a must for sporting events, especially where spectators will be sitting in the sun… or simply to have your brand and message echoed throughout the stands.